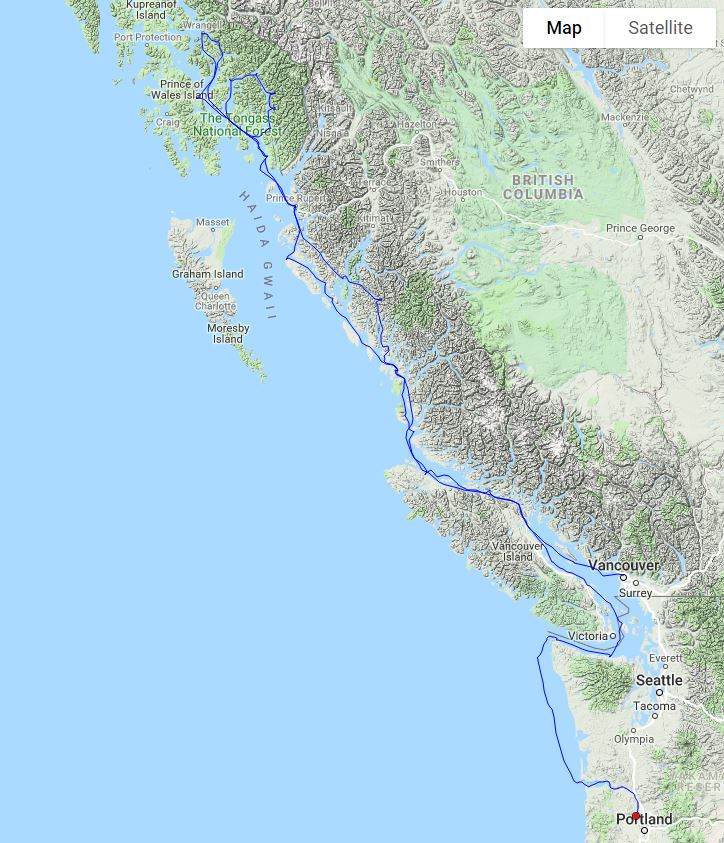 Finishing this last post took a while. Being back ashore somehow immediately consumed all attention. Our plan was to leave Astoria West Basin early in the morning to ride the incoming flood tide to Rainier, OR or even further Unfortunately the West Basin is still very shallow from all the silt the river carries and so we motored out of the marina 2 hours before low tide and just barely scooted over mud to leave and avoided what happened last time . Problem was the ebb tide current was almost at its max and even under full motor rpm we were essentially sitting motionless in the current and almost got washed back into the marina. So we found another spot to tie up to for the 2 hours and waited for the tide to turn. After that the trip was mostly hot and windless. We made good progress with the river current being weak and the tide in our favor and reached Rainier, OR, in the afternoon. Tied up on the public dock beneath the Longview bridge we enjoyed the last night on Sage. The next morning the wind was in our favor and we sailed all the way to St Helens where we left the Columbia and motored onto the very shallow Multnomah Channel. It became hot, calm and humid. Smoke was still in the air from the forest fires. The Sauvie Island dikes blocked the view and we did not see anyone. The shore was lined with decaying docks and floating homes which gave it an almost apocalyptic atmosphere. But after 2 hours or so we reached the nice and friendly Scappoose Bay Marina which was going to be Sage’s home for the winter and the end of our trip.