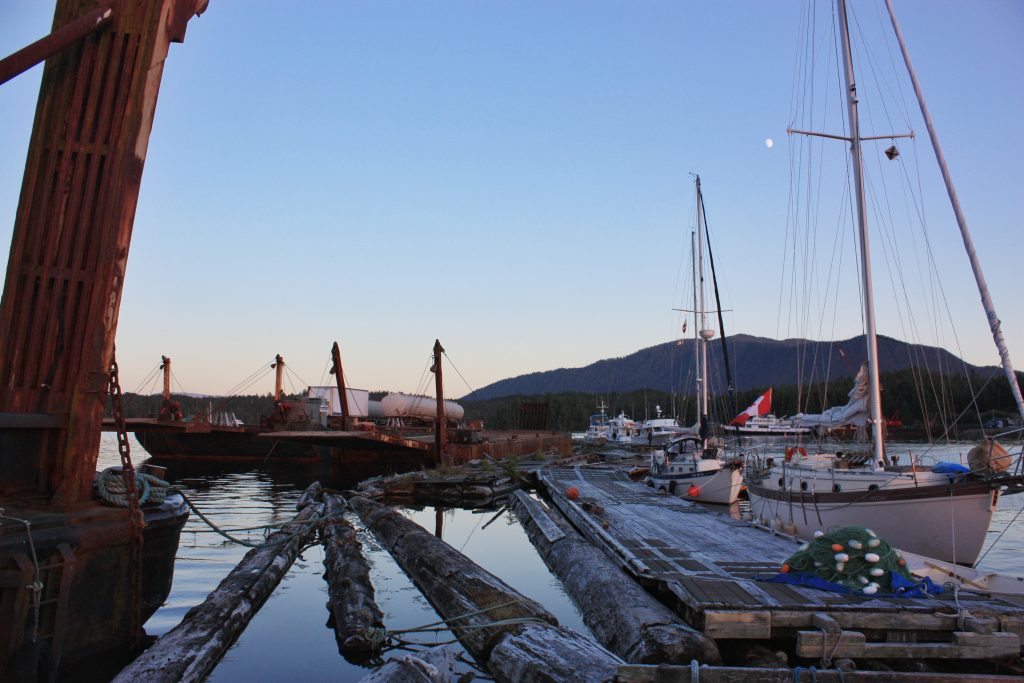 Shearwater turned out to be way busier now than it was in early June when we came through. People were tied up to anything that floats. It was like a scene from Waterworld. The showers were just as good though and we anchored in the harbor and took the dinghy to shore. From Shearwater we had an amazing sail down Fitz-Hugh Sound, upwind and with some fog banks but the wind was so constant and the boat so balanced we could let go of the wheel for 5 minutes and Sage would just continue on a strait line. We anchored in Safety Cove together with a tug towing a barge and the next morning, in fog, went the 15 miles to Milbrook Cove in Smith Sound as a jump of point to round Cape Caution. Still in fog we left Milbrook Cove at 6 am and without much wind motored through pretty heavy swells around the Cape. The fog lifted when we got close to Port Hardy and we saw Orcas in bright sunshine in front of the Scarlett Point light house. It was like an illusion. There was also a group of sea otters just floating around and eagles feasting on some school of fish. Since it was still early in the day we decided to continue on to Port McNeil which we had skipped on the way up.
Being back on Vancouver Island almost feels like we are already back home. Will leave Port McNeil tomorrow morning to sail down Johnstone Strait and will probably transit Seymour Narrows in 2 or 3 days.