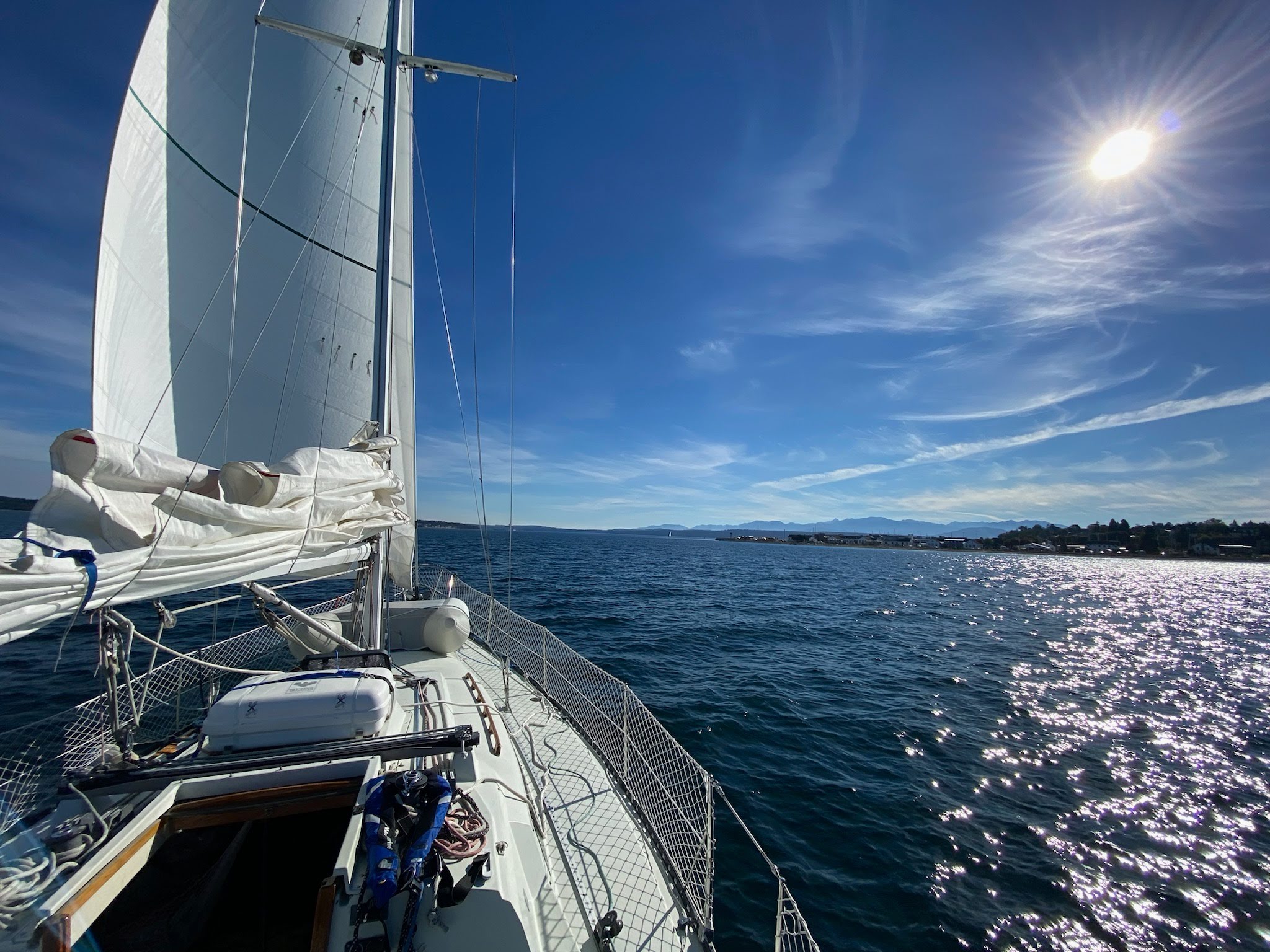 After 2 years on the river it was time to move back to the beautiful waters of the Southern Puget Sound near Olympia, WA. Even though it is only a 2 hr drive from Portland it is a 7 day sail :-). Set out on Thursday morning from PYC down the river, with some overheating engine trouble after barely crossing the railroad bridge but made it to the public docks in Rainier, OR by sunset. Figured out our engine issues and continued down to Astoria the next day and moored at the transient dock in the Westbasin Marina. Met up with family at Ft. George brewing for dinner and swapped crew. The West Basin transient dock is still a few feet too shallow at low tide which always coincides with the best time to leave for the bar crossing. Learning from our previous grounding experience we decided to get up at 4am this time, when therre was still a foot of water under the keel, scooted over to the still closed (and deeper) fuel dock, ate breakfast and left around sunrise, half drifted at 8 knots to the bar with the last of the outgoing tide and crossed without issues.

The wind started blowing from the Southwest and we raised sail on a broad reach and headed out to sea. By late afternoon and about 30 miles offshore we took down the jib and changed course north with the main only, now on a run with the wind directly behind us. The sea was confused with swell from the south and northwest. By nightfall we were rolling like a washing machine despite good pressure in the sails. It started drizzling and after night fall went pitch black. Steering a compass course while Sage was thrown around by now invisible swells made for a long night. When it finally became day again we were in fog a few hours from Cape Flattery. The wind weakened and we ran the iron jib to keep speed. By later afternoon we rounded the cap in dense fog without even getting a glimpse of land but after dropping the anchor in Neah Bay, the fog cleared and the sun came out.

Next day, with the Strait still in dense fog we left Neah Bay early in the morning to motor down on glassy water to Pt. Angeles. Saw some whales on the way.